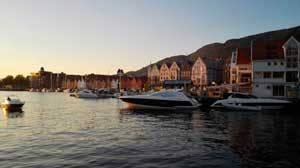 Following a request from Clients, we hereby summarize the issues that we consider most relevant of the judgment issued by the Spanish Supreme Court num. 241/2015 dated 6th May and that affect recreational crafts.

The Supreme Court judgment dated 6th May 2015 resolves a series of claims that arose from the damages caused to various yachts as a result of fire originated in another recreational yacht while the latter was berthed in the Port of Botafoch on 19th December 2005.

Issues analyzed by the Supreme Court

The judicial taxes established by Law 10/2012, of 20th November, have been declared... Aiyon Abogados LLP has opened a new office in Algeciras Scroll to top

This website uses our own cookies and third-party cookies to collect information in order to improve our services and show users publicity that matches their preferences. Your continued use of this website constitutes acceptance of the installation of these cookies. The user has the option of configuring their browser in order to prevent cookies from being installed on their hard drive, although they must keep in mind that doing so may cause difficulties in their use of the webpage.
Cookies policy, Click on the link for more information.Accept